About the Board of Review

The Mission of the North Carolina Board of Review is to impartially and accurately review and determine all disputes without delay over which they have jurisdiction according to the law. 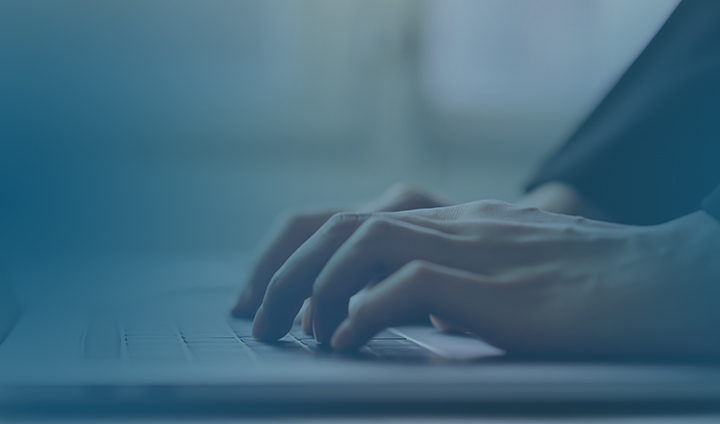 How to File an Appeal with the Board of Review

A Party must file an appeal within ten (10) days of the date the Appeals Referee Decision is mailed. If the last date falls on a weekend or holiday, you’re allowed to the next business day. You may file an appeal by Mail, Fax or Email. You may also file your appeal through the claimant portal online.

There are many reasons why a party may lose their appeal at the Board of Review.  The most frequent is that they do not understand the law.  Remember that the law is a compromise. Just because you are no longer working does not automatically entitle you to receive Unemployment Benefits.

Learn more about the reasons that individuals can lose an appeals case.
Tab/Accordion Item

The Board of Review is charged with deciding 4 types of cases:

A party is allowed 10 days (+3 days allowed for mail) to appeal an Appeal Referee's decision to the Board of Review.

Failure to do so will result in dismissal!

The appealing party must state the specific reason for the appeal in their appeal letter or in the online portal when asked for the reason of the appeal. Just stating that you do not agree with a decision is insufficient.

An appeal to the Board of Review does not automatically result in a new hearing.  The Board reviews the record of evidence and decides whether to affirm, reverse, dismiss, remand or modify the Appeal Referee's decision.

Oral arguments is NOT a new hearing! A party may request to present oral arguments before the Board of Review on points of law and sufficiency of the evidence. Oral arguments are within the discretion of the Board. There is no testimony or introduction of new documents.

5.       Failure to present witnesses with firsthand knowledge during the Appeals’ Referee hearing. Although the N.C. Rules of Evidence do not apply to hearings before the Appeals Referee, please remember that all testimony is judged on credibility.  Witnesses who have direct knowledge or heard at a particular event are the best witnesses to testify concerning that event.

4.      Failure of either party to present important documents prior to the hearing with the Appeals Referee. The Board of Review only reviews the evidence that was received during the Appeals Referee’s hearing. It does not receive new evidence. If there is a reason that new evidence could not have been submitted previously, please indicate this in your appeal to the Board.

3.      When a party fails to appear at the hearing before an Appeals Referee. If this occurs, a party must show good cause as to why they failed to appear.  Good cause is defined in 04 N.C. Admin. Code 24A .0105(28) amounts to a legal excuse for failing to perform an act required by law in the exercise of due diligence. “Due Diligence” means the measure of carefulness, precaution, attentiveness, and good judgment expected from, and exercised by a reasonable and prudent person under particular circumstances. 04 N.C. Admin. Code 24A .0105(23). If a party does not show good cause as to why they missed the hearing before the Appeals Referee, then they will not receive a new hearing.

2.      Failure to appeal within the required time limits. A party must appeal a decision to the Board of Review within 10 days (plus 3 days for mailing) of the date that the Appeals Referee’s decision is issued.  If you do not appeal within this time frame, the appeal is subject to dismissal.

AND THE NUMBER ONE REASON A PARTY LOSES BEFORE THE BOARD OF REVIEW:  A PARTY FAILS TO STATE THE SPECIFIC LEGAL GROUNDS FOR THEIR APPEAL.

N.C. Gen. Stat. § 96-15(c), in pertinent part, provides: Whenever an appeal is taken from a decision of the appeals referee or hearing officer; the appealing party shall submit a clear written statement containing the grounds for the appeal within the time allowed by law for taking the appeal, and if such timely statement is not submitted, the Board of Review may dismiss the appeal. This means that you cannot simply say “I appeal” or “I disagree with the decision.”  You must indicate the reason that you disagree. Additionally, when you are completing the form for the appeal in SCUBI, you will be asked to state the reason for the appeal.  Put that specific reason and do not put dates you will be available for a new hearing.

Theresa B. Stephenson is the Chair of the North Carolina Board of Review.  Theresa was appointed by Governor Roy Cooper in 2019 and unanimously confirmed by the General Assembly.  She is the representative of the general public.

Theresa Stephenson is a graduate of Peace College and North Carolina State University.  She graduated from Campbell University School of Law and has practiced law in North Carolina for over 34 years.  Theresa Stephenson has served the State of North Carolina for over 31 years in various capacities:  as an Assistant District Attorney, Personnel Director for Caswell Center in Kinston (a DHHS facility which had over 1800 employees at that time), a Deputy Commissioner with the North Carolina Industrial Commission for 19 years, and Special Deputy General Counsel for the North Carolina Department of Public Safety prior to her current appointment.  The vast majority of her career has been in Employment Law.  While in private practice she  represented clients in Unemployment Law and before the Office of Administrative Hearings and the Industrial Commission.  Ms. Stephenson’s time on the bench and her extensive trial experience is beneficial to her position as Chair for the N.C. Board of Review.

Theresa Stephenson has been a Certified Mediator continuously since 1995; and is rated AV Preeminent by Martindale Hubbell, which is the highest possible rating for both Legal Ability and Ethical Standards.  While at the North Carolina Dept. of Public Safety she received the DPS Badge of Excellence for innovation and efficiency, the highest honor accorded a DPS employee; and was nominated for the Governor’s Award of Excellence.

Jean Farmer-Butterfield is the Vice-Chair of the North Carolina Board of Review. She is the representative of the employers on the board. Jean was appointed to a four year term by Governor Roy Cooper in 2020, and confirmed unanimously by the NC House of Representatives, and affirmed by the Senate.

Farmer-Butterfield served as a member of the N.C. House of Representatives from 2003 until her appointment in July 2020. She served as a Democratic member of the General Assembly representing the 24th House District, including constituents over the years in Nash, Edgecombe, Pitt, and Wilson County.

Jean earned her BA. and MA degrees from North Carolina Central University (NCCU) with majors in Sociology and Guidance and Counseling, and  minors in Early Childhood and English. She did advanced study at  the School of Law at NCCU, and North Carolina State University in Administration and Supervision; Developmental Disabilities.

Farmer-Butterfield worked as a young student for her father’s small business. She professionally worked as a school teacher, and as an executive, manager, administrator, and leader at the local, regional, and state levels of government from 1971 to 1988. Additionally she has extensive experience working as a consultant, and in the non-profit sector at the state and national levels. These experiences have allowed her the opportunity to address unemployment insurance benefits from the employers’ and the employees’ perspectives.

Founder and /or Member of several clubs and organizations, including the Chamber of Commerce; National Guardianship Association; Delta Sigma Theta Sorority; The Links, and several others.

Jean has two daughters, a son-in-law, and two grandsons. She is a member of Jackson Chapel First Missionary Baptist Church where she resides in Wilson, NC.

Regina has extensive experience in Employment Security Law due to her 30 years of employment in various positions with the N.C. Department of Commerce Division of Employment Security. Regina served as DES’s Rulemaking Coordinator and performed all rulemaking duties in accordance with N.C. Gen. Stat. Ch. § 150B. She also served as the subject matter expert, tester, lead coach and trainer for DES’s Legal Services Section and the Board of Review in the implementation of the Southeast Consortium for Unemployment Benefits Integration (SCUBI), a modernized core unemployment insurance benefits system.

Regina S. Adams is married to Derek Adams and they have two children, Marsalis and Sara. Regina serves as a volunteer for several organizations and is a member of Kyles Temple A.M.E. Zion Church in Durham, North Carolina.

If you need assistance with a regular unemployment claim, please contact the customer call center at 888-737-0259.

The Board of Review is happy to speak to any organizations or parties upon request.